LG 55UJ6200 vs LG 55UJ6300 is the comparison of two TVs with the same screen size of different series – UJ6200 (2018) and UJ6300 (2017) respectively. At first glance, they have no differences between them except dimensions, but when digging deeper we notice the LG 55UJ6200’s Bluetooth audio streaming and voice remote versus LG 55UJ6300’s digital recording and PIP tech to watch one movie/program on the full screen and the other one in the inset window.

LG 55UJ6200 vs 55UJ6300 have almost no difference between their picture quality. It is clear and the colors are right on point. LG 55UJ6200’s picture is great after you’ve made some custom settings taking into account the average lightning in the room. LG 55UJ6300’s picture is awesome after you’ve turned Smart Picture mode on and Energy Saver off. Otherwise, the picture will be drab. You should switch off the TruMotion setting as well to avoid the “soap opera” effect.

LG 55UJ6300 vs LG 55UJ6200 can be hardly contrasted in terms of smart functions because both units have plenty of them.

LG 55UJ6300 and UJ6200 have an extremely low input lag for gaming. It is very fast for a 4K TV and helps minimize the motion blur in games. In case of connecting XBox One S, it is necessary to turn on the HDR in some games to broadcast them on the TV screen.

LG 55UJ6300 vs 55UJ6200 demonstrate a slight difference if we compare their cases. In general, they look very similar. Both units are made of plastic including their stands. However, they support the TVs rather well. The TVs and their borders are quite thick. They have 3 HDMI inputs – 2 on the side and 1 on the back that is rather tricky to hook up. 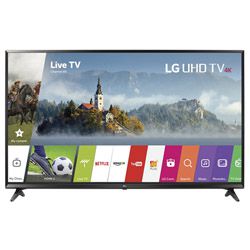 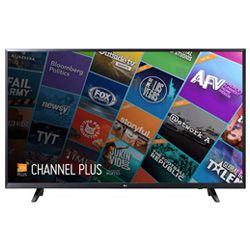 This LG 55UJ6200 review offers you a complete guide to the budget TV of decent quality which became available for purchase in 2017. This model goes as a part of the UJ6200 series which provides affor...