Playing on a small screen is out of date. All you need to sink into the game is the best gaming projector. And here we'll help with the right choice. Feel free to check the review out! The projector for gaming will help you to be transferred entirely to virtual reality. The game, which is demonstrated on the big screen, absorbs not only your eyes but also your thoughts and feelings. Super realistic image, bright, deep colors, close-ups of your favorite characters, all these offers the five best projectors for the games in 2019. To choose the most worthy model, you will need to study a lot of characteristics and test more than one projector. Still, if you do not want to spend time on it and trust the expert opinion revealed in this guide. 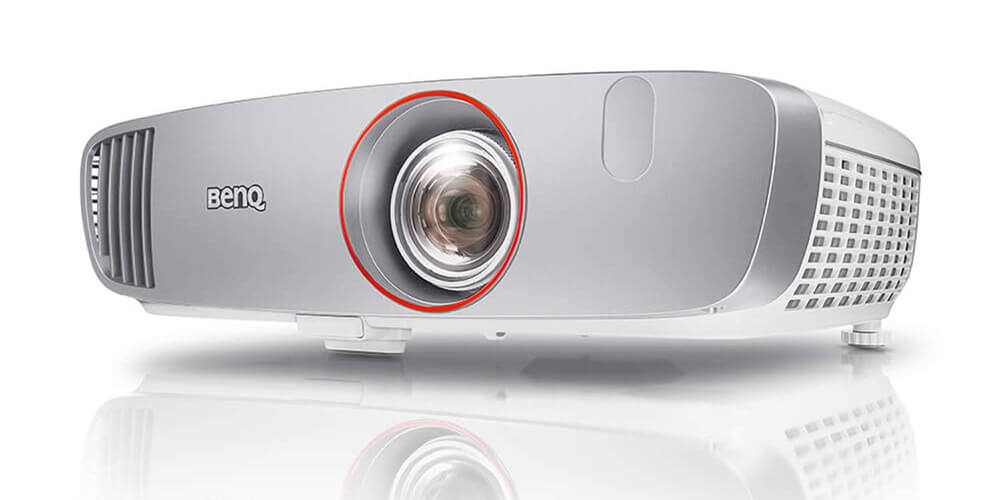 The flagman in the industry, probably the best gaming projector. There is no perceivable input lag. Input lag is what makes your controller seem out of sync with your TV, like when you hit a button on the controller to make your character do something, and there is a delay before your character on screen actually executes that command. Most people can't notice anything less than 30-35ms, while some people can notice anything above 10 or 20ms using a controller, although at that point it isn't really a problem even though it can be noticed. Response time, on the other hand, has to do with how quickly the pixels on your screen can change color (usually gray to gray or black to white). Response time on any respectable display will be 5ms or less. Slower response time will lead to "smearing" or "blurring" on your display. Think of it like in a movie or show where the character takes drugs, and everything seems to look really flowy when they move or like they have a trail following them. That is an extreme example, but it gets the point across. This projector uses Digital Light Processing (DLP) to create its image, with DLP any ghosting/blurring is actually impossible from what I have learned through numerous articles. I never see any response time symptoms as I shouldn't. Think of it as possessing a response time of 0ms. 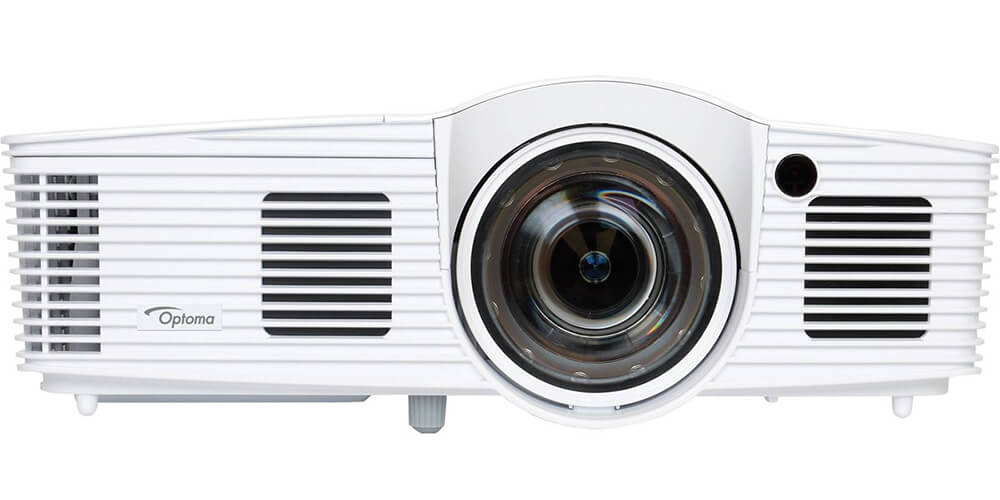 What about the game mode in the best gaming projector manufactured by Optoma, with 16ms of latency, this isn't as fast as a gaming monitor but definitely one of the fastest projectors/tv setups for gaming. Color and brightness are not compromised in this faster response mode for the projector. Short throw: I'm amazed at the size of the screen this projector is able to make just over a couple of feet away. I bought a fixed projector screen of 100" to use with this projector, and I actually had to use the zoom out feature on the projector to make the size small enough to fit the screen from a bit over 4 feet away. 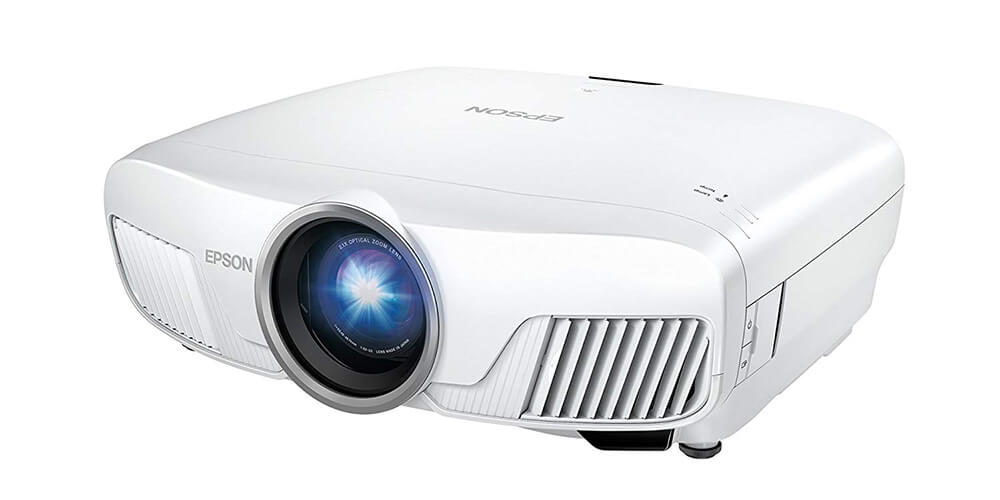 The 4K and 1080P upscale on this the best projector for gaming is tremendous! Just watching test demo's and other 4k content on Youtube is enjoyable. I had an older 1080P Epson and then an Optoma HD33 1080P. I was hesitant on testing this because once it was released, I found it wasn't a true 4K projector. But after seeing the picture who the hell cares. I haven't actually seen a Sony 4K so I can't compare it to that, but I can tell you this makes the picture from my old 1080 Epson and Optoma look pale in comparison. Vast difference. Watching 1080 NFL upscale was great, I could actually see scratches and damage on the player's helmets. One thing I am not sure of right now is if I actually see anything with HDR. When I go to settings I can see stuff in the projector info settings that is is 4K and I think only SDR. I am using the wireless version of this so wonder if that has anything to do with it. 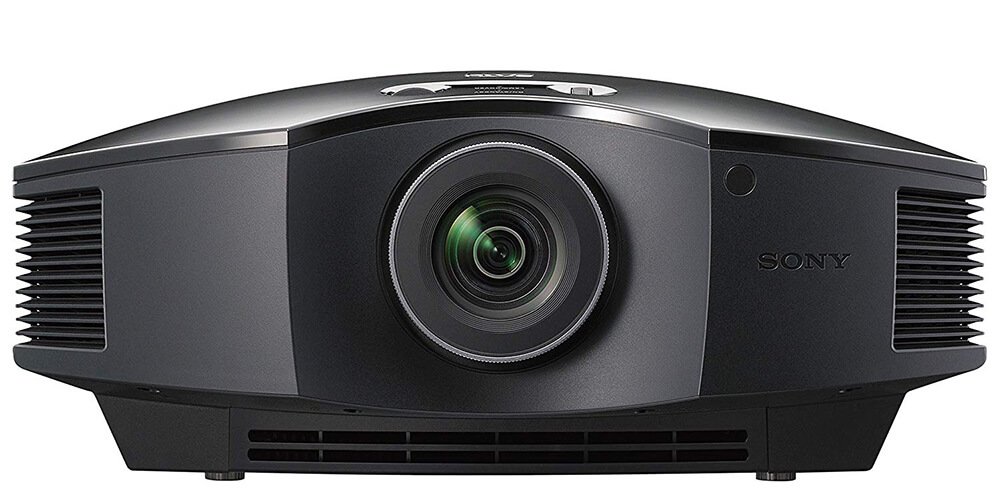 The picture quality has definitely improved from the previous 40ES model. The picture is sharper and more detailed. The color uniformity has improved. The out of box picture quality with the new 45ES looked more balanced and refined than my 40ES did after it was calibrated by a professional. Contrast has improved. Shadow detail on various movies such as The Hobbit Trilogy is visibly better than the 40ES. I see details that I did not see before with the 40ES. Black level is definitely better. Black level on a plain white wall looks as good as the 40ES looked with my previous Screen Innovations 1.2 gain Slate screen. When I used the 40ES on the same white wall, it easily washed out and appeared badly faded with one lamp on in front, far right corner of the room. However the 45ES's picture still looks bright and vibrant on the same white wall with one lamp on in the front, far right corner of the room. 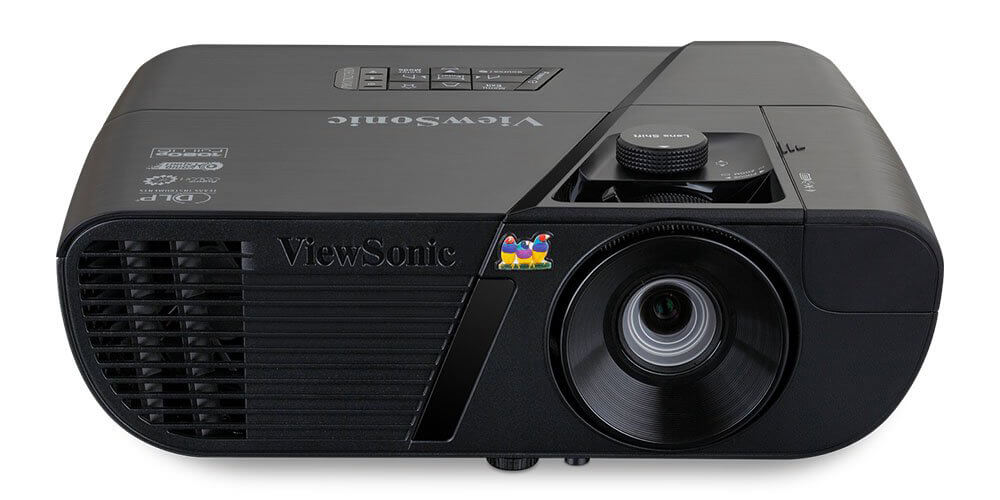 The projector is about 13"x10"x4", WxLxH. It weighs about 6 or 7 pounds. This makes it pretty average for an entry-level DLP projector. It features large fans on the side and front of the unit, pulling air in from the side and pushing it out through the front corner. Using a projector for gaming in Eco mode, the fans are reasonably quiet but not "silent," when this projector is placed a few feet away from the viewer (e.g., mounted above a couch), the fans are evident during quiet scenes in a movie. In the regular lamp mode, this projector can definitely compete with room lighting - but you would be foregoing its greatest performance strengths (the aforementioned punchy contrast) by doing so. There is no lens cap, which is a disappointment at this price point. There is, however, a 1.3:1 zoom ratio, which gives great flexibility in placement distance from the screen, typically between 2 and 3 feet of range, depending on screen size. This is a real boon for smaller theater rooms (like mine). There is no external power brick, just a regular 3-prong cord, further simplifying mounted installations.

Features to Consider Before Buying a Gaming Projector

The most important characteristics of the projector that you should pay attention to when choosing a device:

The main characteristics of a multimedia projector are:

Tips on how to choose a gaming projector

Choosing a projector for your home is not so difficult. There are only two popular technologies: LCD (with variations) and DLP. According to the functional projectors can be roughly divided into portable, stationary, and gaming, they are all multimedia and suitable for movie viewing, but the image quality of mobile projectors will be lower. Portable models are suitable for showing presentations and small rooms, such as children's rooms. When choosing a projector, do not forget about its durability: lamp units will have to be replaced in 5-6 years, and the laser will last much longer. Finally, before you buy a projector, determine which equipment will broadcast the video and audio signal. This will determine which port or connector of the projector you will use: it will be a shame if it does not appear and you have to look for an adapter. You may bet exclusively on wireless and the possibility of broadcasting from the Internet.