Decide who the best: Audio Technica AT-LP60-BT vs Denon DP-29F

For the decent comparison of two units, it is crucial to see the review from the one who experienced them both. However, to compare Audio Technica AT-LP60-BT vs Denon DP-29F versus each other, you need to follow your own expertise and preferences.

Talking about cartridge type, the AT-LP60-BT has a dual magnet, and DP-29F- moving magnet (MM).

Such an important feature like playback speeds doesn't give us a leader here because both devices have 33.3, 45 RPM.

Let's start with Audio Technica AT-LP60-BT. The device is equipped with a proprietary MM-head ATN3600L. The part of the cartridge that contains the electrical windings is tightly mounted on the tonearm. And the mechanical part, or simply "needle", is made in the form of a removable element and is closed with a plastic nozzle.

The protection is removed by a slight neat shift along the axis of the tonearm, the needle itself with a perpendicular downward movement.

The cantilever (the leash that conveys the movements of the needle) is made of ABS plastic, reinforced with carbon fiber and carries two microscopic magnets at the attachment point (it is elastic, with certain flexibility). Thus, the engineers made a rather effective, but very light pickup, almost free of internal resonance.

Its opponent Denon DP-29F has the turntable disc, cast from aluminum under high pressure. It is characterized by a uniform distribution of inertial mass, which provides increased stability of the torque. This plays an important role in reproducing high-quality sound.

The device is equipped with an integrated RIAA-phono stage, which provides the ability to connect the player to the input of the amplifier or receiver directly, does not need a Phono DP-29F interface. If necessary, the phono stage can be turned off. 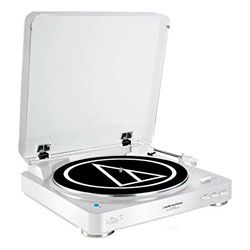 A good turntable is important if you want to enjoy your vinyl records and this is the solution for people who would like to experience the clear output sound and use various features. Apart from the ... 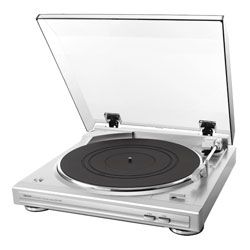 Denon, one of the most famous for its audio equipment Japanese companies, has presented its ultra budget vinyl player — the DP-29F. See price Article navigation Design Setup Features Conclusi...