Onkyo TX-NR686 vs Onkyo TX-NR656 is the test of two models of the same company. TX-NR686 is the latest model so it is more expensive. However, does it have any other features to overpay for except the AIR Studio monitor certification?

While testing Onkyo TX-NR686 vs TX-NR656, it becomes clear that both amps’ sound is crisp and the bass is powerful. There are no notable distortions at high volumes due to the low THD percentage. Their Wi-Fi chips are very fast. The built-in microphone tunes the room to the best audio experience automatically. Onkyo TX-NR656 vs Onkyo TX-NR686 – if to compare them very meticulously – is TX-NR656’s 690W versus TX-NR686’s 800W.

Onkyo TX-NR686 has 6 pairs of RCA stereo inputs that allow connecting the diverse devices. No need to reconnect the cables anymore but just to set up the signal’s origin. There is a quick setup guide via the Graphical User Interface. While testing Onkyo TX-NR656 vs TX-NR686 I’ve noticed one more HDMI input at TX-NR656’s.

Both devices’ Bluetooth tech allows playing music wirelessly from the laptops, PCs, and the smartphones or tablets. The receivers are able to connect to the internet and the most popular music apps as Pandora, Spotify, and Amazon Music.

Onkyo TX-NR686 and Onkyo TX-NR656 have an HDMI connection in front that saves the hassle of fiddling around behind the receiver when it is necessary to connect the gaming console or camera quickly. In comparison with the model TX-NR686, Onkyo TX-NR656 has no solid aluminum chassis but a brush semi-metal, semi-plastic finish. 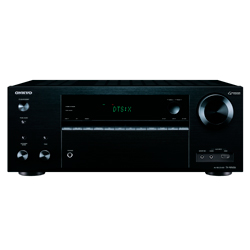 Are you doubt to take Onkyo TX-NR656 or not? I will help you. I had a chance to test the receiver Onkyo TX-NR656. I use only a couple of days, but I have already thoroughly studied it. This device ha... 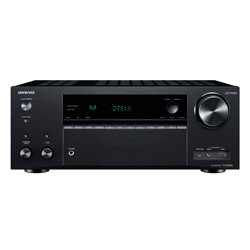 The best about Onkyo TX-NR686 specs is that the receiver supports 4K HDMI and 3D pass-through, has built-in wireless multi-room platforms and allows tuning the system as you want. Let’s speak a...