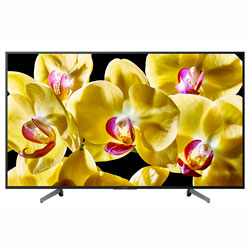 Looking for an affordable second TV that could playback 4K? Consider the XBR55X800G model from Sony. Though the darkroom performance isn’t its strong point, the TV produces good color gamut and accuracy, and provides a quality image in SDR. The 4K picture also looks good while HDR isn’t impressive due to the relatively low brightness of this budget TV.

The X800G series by Sony features five displays with different matrix types and backlights. Three smaller models (43, 49, and 55 inches) have IPS matrix while the bigger ones (55 and 65 inches) are equipped with the PLS modification. At the same time, 43 and 49-inch displays are equipped with the Edge LED backlight, and three other models have the Direct LED. The overall performance of these TVs is good, particularly in terms of motion handling. Still, the contrast ratio isn’t big, and the darkroom image has greyish blacks.

The Sony XBR55X800G has the IPS matrix lit with the Direct LED. This results in the even lighting of the screen and good color uniformity in the SDR. Still, blacks aren’t too deep in a dark room. The 4K performance is good, the image looks detailed, and the colors are mainly accurate, with a slight incline into the coolness for whites and greens. The 4K X-Reality Pro processor works fast upscaling the Full HD and 720p formats to the 4K picture, with little to zero judder and stretched pixels.

The HDR performance is what mentioned in every Sony XBR55X800G review. It does bring a bit more contrast and the highlights look more distinct while the overall contrast suffers at times. This results in the blurry shades and washed blacks. The TV supports HDR10 and Hybrid Log Gamma formats, and Dolby Vision isn’t maintained.

The TV provides a good option for watching sports, action movies, and other dynamic content. The motion handling, as stated in the Sony XBR55X800G manual, is 60Hz; meanwhile, the incorporated MotionFlow XR and Dynamic Contrast Enhancer technologies do a good job interpolating the image. There’s a very little blur and almost no trail, whereas the motion looks smooth and natural.

The audio quality, though relatively low in modern TVs, should also be described in the following XBR55X800G review. The included speakers are standard 20W ones. They produce decent bass and mids but cannot play loud enough for watching the movies. The TV features Dolby Digital and Digital Plus, as well as DTS decoders. 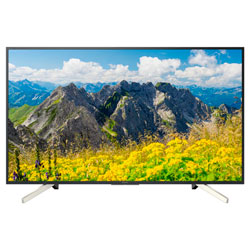 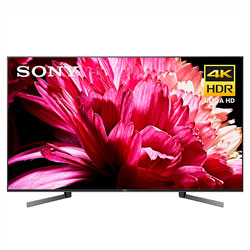