By reviewing Samsung HW-N850 vs Bose Soundbar 700, I can assert that these two are voice-controlled soundbars with an active amplification type. In general, these sound systems have quite similar properties, but some significant differences can be found too. For example, a separate subwoofer goes only in Samsung’s package. However, any external sub can be wirelessly connected to both of the compared soundbars.

There is almost nothing to compare in terms of the supported streaming services: both are able to offer a large variety of services to play music: Apple Music, Amazon Music, Spotify, TuneIn or Deezer.

Both of the tested sound panels also left a good impression in terms of the connectivity possibilities. They can offer wireless WI-FI and Bluetooth connections, HDMI/HDMI ARC, and optical digital input. However, Samsung model won’t offer you the USB port, while the Bose Soundbar 700 makes this type of connection possible.

If we juxtapose Bose Soundbar 700 vs Samsung HW-N850 operation, they can be controlled by mobile app, remote, and voice control.

Despite that fact that both of the models are presented in the middle class, only the Samsung HW-N850 is supplied with such popular multichannel surround functions as Dolby Atmos and DTS:X. However, this fact makes a significant difference only during movie watching, as the Bose’s bar sounds quite volumetric when you’re listening to music, for example.

The black top panel of the Bose Soundbar 700 is made of tempered glass and is pleasant to touch. Except for the indicator lights, you can also find the action and microphone buttons on it.

The Samsung HW-N850 also goes in black and looks pretty modern. It has the most important buttons for elemental control on its top: power, input, volume down, and volume up buttons.

Taking in comparison the external look of the Bose Soundbar 700 versus Samsung HW-N850, you won’t notice great differences. They are subtle, black, and minimalist. Besides, they both are wall-mountable. 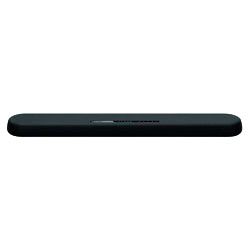 The loudness of Bose Soundbar 700 is very good and the speaker can handle the full range of different music: from hip-hop to classic as well. The set up is easy-going thanks iOS app from the Bose it ... 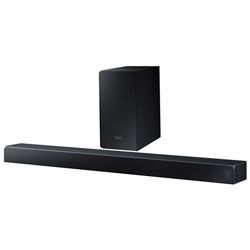 This is a perfect combination of the high-end technologies used by the world-leading manufacturer and the amazing modern design. This combination creates first-class audio quality. This model feature...