Onkyo TX-8020 vs Sony STR-DH190 is an immoral classic with a new competitor trying to take its spot. Sony STR-DH190 being released only in 2018 and is more expensive.

Both have a similar list of supported audio formats like FLAC, MP3, WAV, WMA, and AAC. Although Sony has a small benefit here, it also plays Apple Lossless. Sony versus Onkyo does not have any decoders. But Onkyo can boast of Dolby Atmos, Dolby Digital Plus, Dolby Surround, and Dolby True HD.

Onkyo has a dual-zone capability. But Sony has bi-amplifying and auto power off. Both of the receivers have an A-B speaker switch and a 2 channel surround system. Onkyo has a Front Stage Surround Advance and Headphone Surround sound effects.

Sony has Bluetooth, that is all. Compare it to Onkyo that has no Bluetooth left alone Wi-Fi or IEEE. Sounds terribly boring I know. But Onkyo has an up to 4k HDMI pass through. Plus it has an analog to HDMI conversion as well as scaling HDMI to HDMI. No 3D passthrough for either of these receivers.

Sony has some connectivity benefits like 6 AV inputs, 2 optical digital and 1 coaxial digital input plus a USB. But the good news is that both of these receivers have phones and subwoofer inputs.

Both stereo receivers have a matte black finish with a black screen. Onkyo has fluorescent green letters while Sony has basic white ones. The front panel designs are not symmetrical with misplaces buttons and switches of different sizes. Although not symmetrical both designs work well being intuitive and easy to operate.

Onkyo is slightly more compact with 17 inches length and is slightly lighter with 16 pounds. Comparing to 19 inches and 17 pounds for Sony. 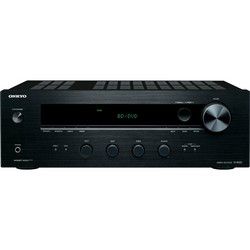 The process of an ideal stereo receiver search was rather difficult because a value for money is a determining factor in my choice. I wanted to get a device with great audio performance and the abil... 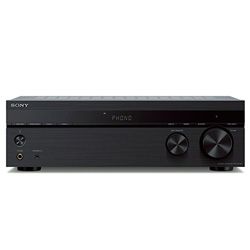 This Sony STRDH190 review will be useful for people who look for a good, reliable receiver with many features. This receiver combines a reasonable price and a high total power output. It will be perf...